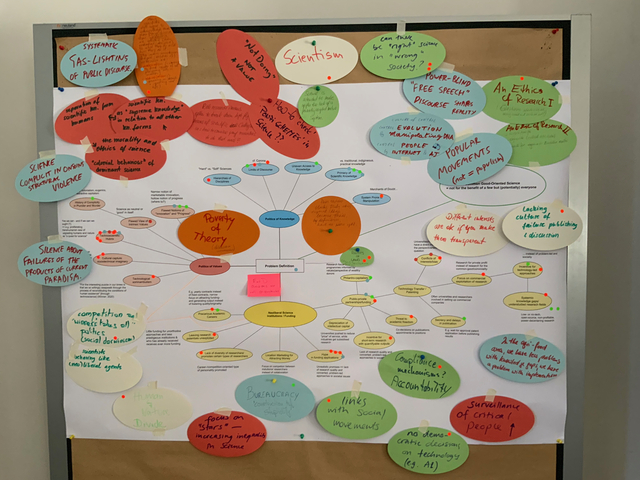 Today, the funding of chairs and research projects at public universities by private companies with a direct or indirect interest in the research field is widespread. Such public-private partnerships threaten the independence of scientific institutions and researchers, as well as academic freedom, because private commercial interests increasingly influence what is researched and, perhaps more importantly, what is not researched. The focus of research in such partnerships is usually on new marketable technological solutions. In contrast, research toward social and ecological transformation and research into the risks of new technological applications receive too little or no attention and research funding.

Another deficit of current research funding is that affected or interested parts of the population are only involved for the approval of a fully developed, technical solution and not already for the definition of priorities for research and development. Thus, public discourses are often conducted from defensive positions, which meet with hardened fronts from the outset of the technology developers (private and public), who demand the 'return on investment' for market reasons and argue from a technology-informed position, whereas the arguments from risk- and safety-informed positions inevitably lag behind and are thus discredited as 'slowing down' and 'hostile to progress'. These asymmetries must be dismantled in order to ensure an open, emancipated discourse at eye level.

Together with national and international critical scientists and representatives of civil society, CSS has first explored the question of what critical and responsible science is and how such research can be funded in a short retreat in 2019 which led to the current project. In summer of 2022, an in depth three-day retreat with about 20 international participants was organised. The participants first considered what’s wrong with dominant science – a key question to be addressed before delving into the principles and funding recommendations for a more critical science that works responsibly and towards socio-ecological transformation. The project outcomes will be published and advertised here.