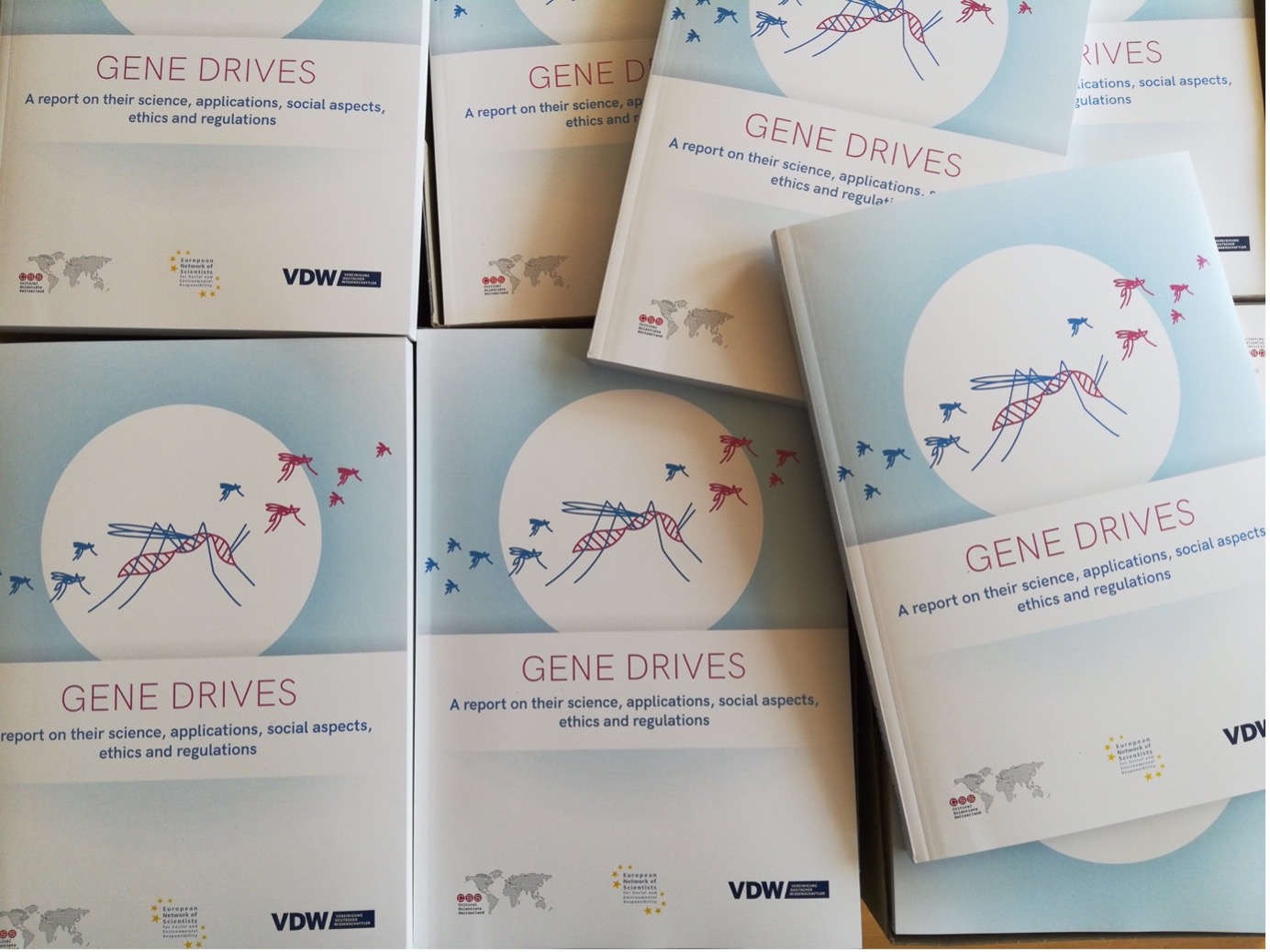 Gene drives are used to bypass the rules of inheritance in order to accelerate the spread of modified genes across wild populations. While normal genes have a 50% chance of being passed on to the next generation, gene drive elements change the odds dramatically in their favour. Gene drives can be used to manipulate or even extinguish wild populations or species. The current or planned research projects are diverse. They target the eradication or modification of disease vectors such as mosquitoes for malaria and dengue fever, and the elimination of harmful invasive species or agricultural pests. But what happens when populations or species are wiped out by gene drives? In addition to ecological concerns, gene drives are a technology that also raises fundamental social, ethical and legal questions.

This project dealt with the diverse concerns surrounding the topic of gene drives, resulting in a 300-pages, interdisciplinary report which was first released and presented at the international Gene Drive Symposium in Bern in 2019. The symposium was attended by representatives from academia, business, government, environmental and non-profit organisations, farmers' associations and civil society from 13 countries. Since then, the report has been sent to civil society organisations, government officials and members of the World Conservation Union (IUCN) around the world and was displayed and/or actively distributed at key events dealing with the issue of Gene Drives. A film on Gene Drives, which interviews the keynote speakers and panelists of the symposium has been released in early 2020. CSS maintains the project website, where the Gene Drive report and other information material, including different webinars on the topic are freely available. The website also compiles new scientific publications on the subject.

The Gene Drive Project was a coordinated by Critical Scientists Switzerland and funded by Mercator Foundation Switzerland. Project partners included the European Network of Scientists for Social and Environmental Sustainability (ENSSER) and the Federation of German Scientists (VDW).