A Symposium on Scenarios of Collapse: Climate Change Denial and the Responsibility of Science 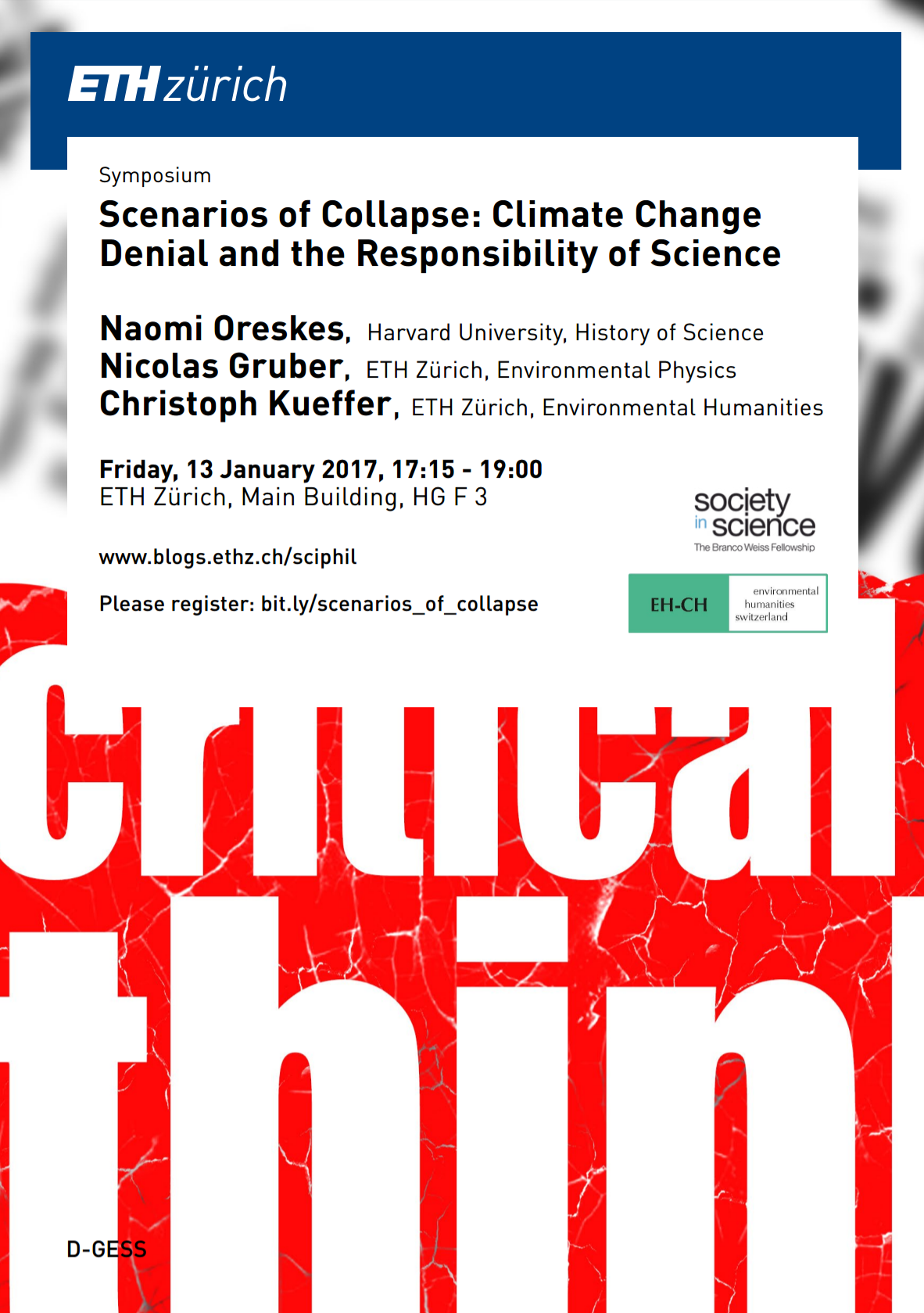 Climate change is a fact. And yet, despite the overwhelming scientific evidence, science is facing a strong politically motivated opposition that tries to cast doubt on that evidence. Our guest Naomi Oreskes plays a leading role in the study of the political and rhetorical mechanisms that drive climate change denial, not only through her excellent academic work but also as renowned public advocate for climate action. In our conversation with Prof. Oreskes, we will discuss the role of science in the conflict with climate change denialism. Questions like the following will be addressed: How should scientists confront pseudo-scientific statements? How should scientists react when confronted with so-called “facsimile science”? How can trust in science be re-established? Do scientists have a social responsibility that goes beyond the production and communication of scientific knowledge? What role can and should the humanities play in this regard?

Naomi Oreskes is Professor of the History of Science and Affiliated Professor of Earth and Planetary Sciences at Harvard University. Her 2004 Science article about the scientific consensus on climate change has over a thousand citations and gained wide attention far beyond the scientific community. Her 2010 book Merchants of Doubt, How a Handful of Scientists Obscured the Truth on Issues from Tobacco to Global warming, that she co-authored with Erik Conway, provides a comprehensive and careful historical analysis of the mechanisms underlying different forms of anti-scientific denialisms. It was shortlisted for the Los Angeles Time Book Prize, and received the 2011 Watson-Davis Prize from the History of Science Society. It was also released as a documentary film in 2014. In her recent book The Collapse of Western Civilization: A View from the Future (also with Erik Conway), she presents a brilliant piece of fact-based fiction that draws attention to the potential consequences of a failure to fight climate change effectively.